Aeromatic Cedar Game Room / Man-Cave / She-Shed sign
ZucatiCorp would like to thank our partner Stanford Advanced Materials. They supply us with our most exotic metals for the dice that you love. See what they can do for you by clicking this banner. 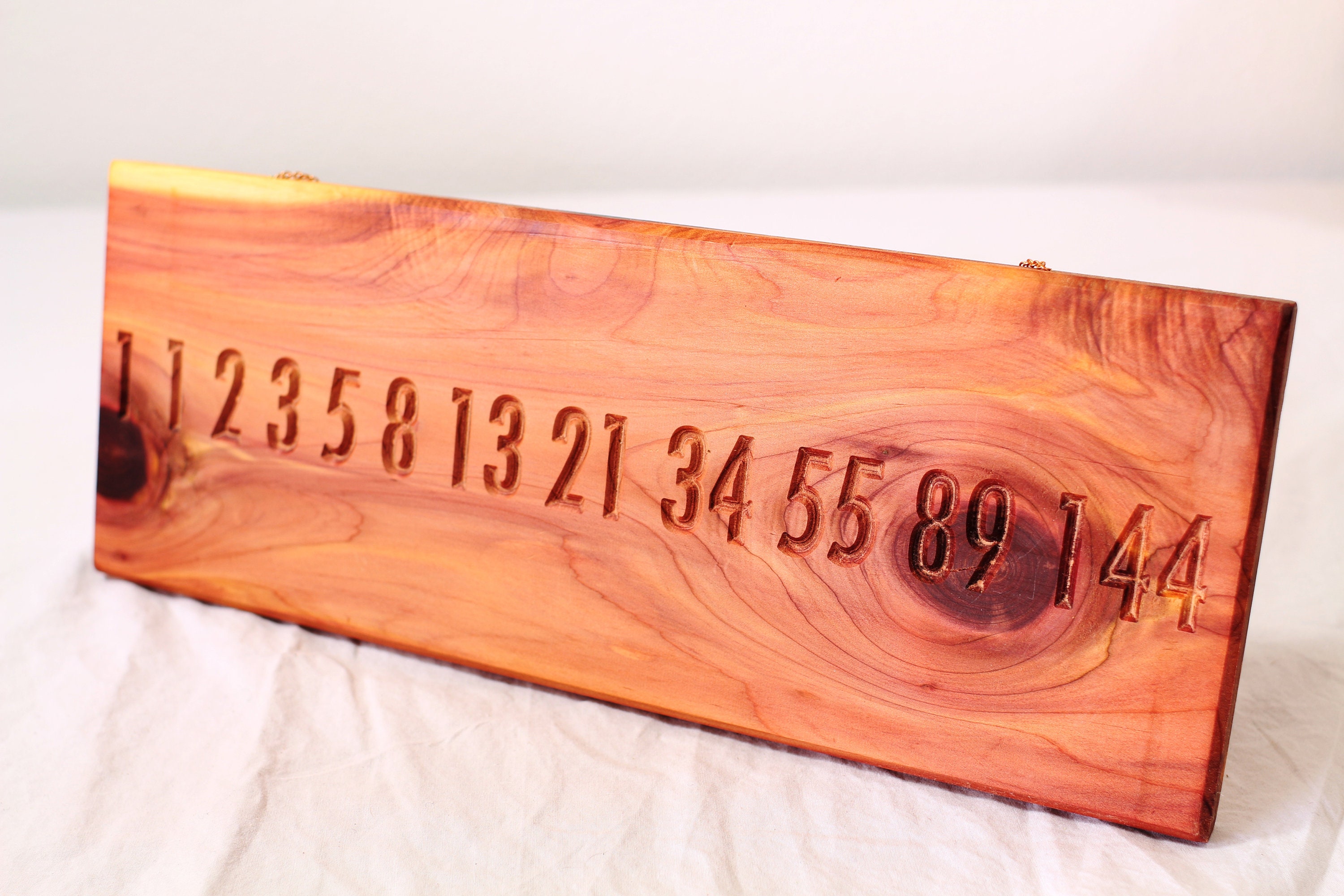 Fibonacci sequence from 1 to 144
Just like on our D12 Die available in our single dice section.

Fibonacci numbers are named after Italian mathematician Leonardo of Pisa, later known as Fibonacci. They appear to have first arisen as early as 200 BC in work by Pingala on enumerating possible patterns of poetry formed from syllables of two lengths. In his 1202 book Liber Abaci, Fibonacci introduced the sequence to Western European mathematics,[6] although the sequence had been described earlier in Indian mathematics.
Aromatic cedar sign with leather hanger cord.
Exactly as seen.