Zucati Dice Base™: Dice Base 2 Deluxe - Dice Tray - Dice Vault - Dice Tower - Walnut
ZucatiCorp would like to thank our partner Stanford Advanced Materials. They supply us with our most exotic metals for the dice that you love. See what they can do for you by clicking this banner. 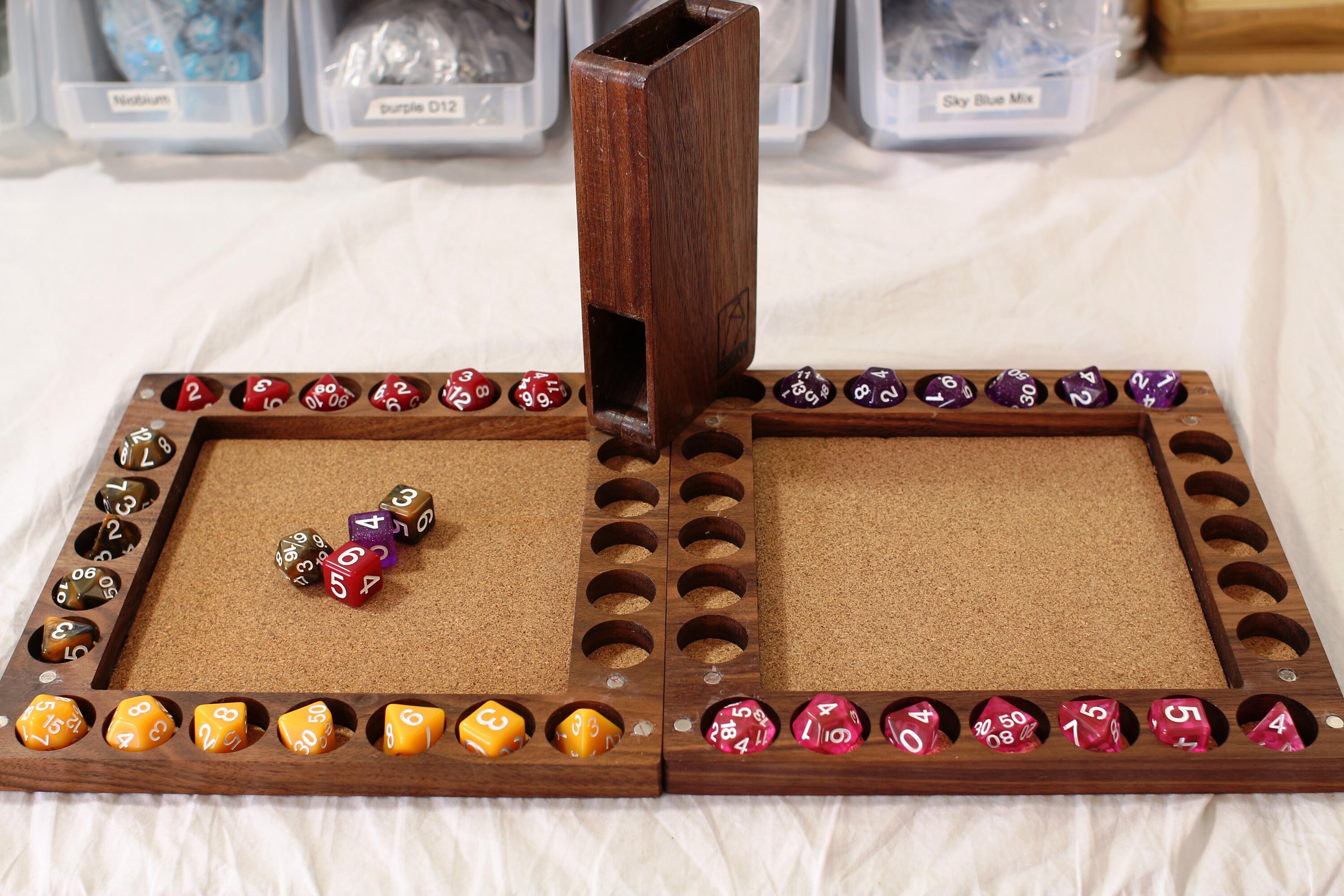 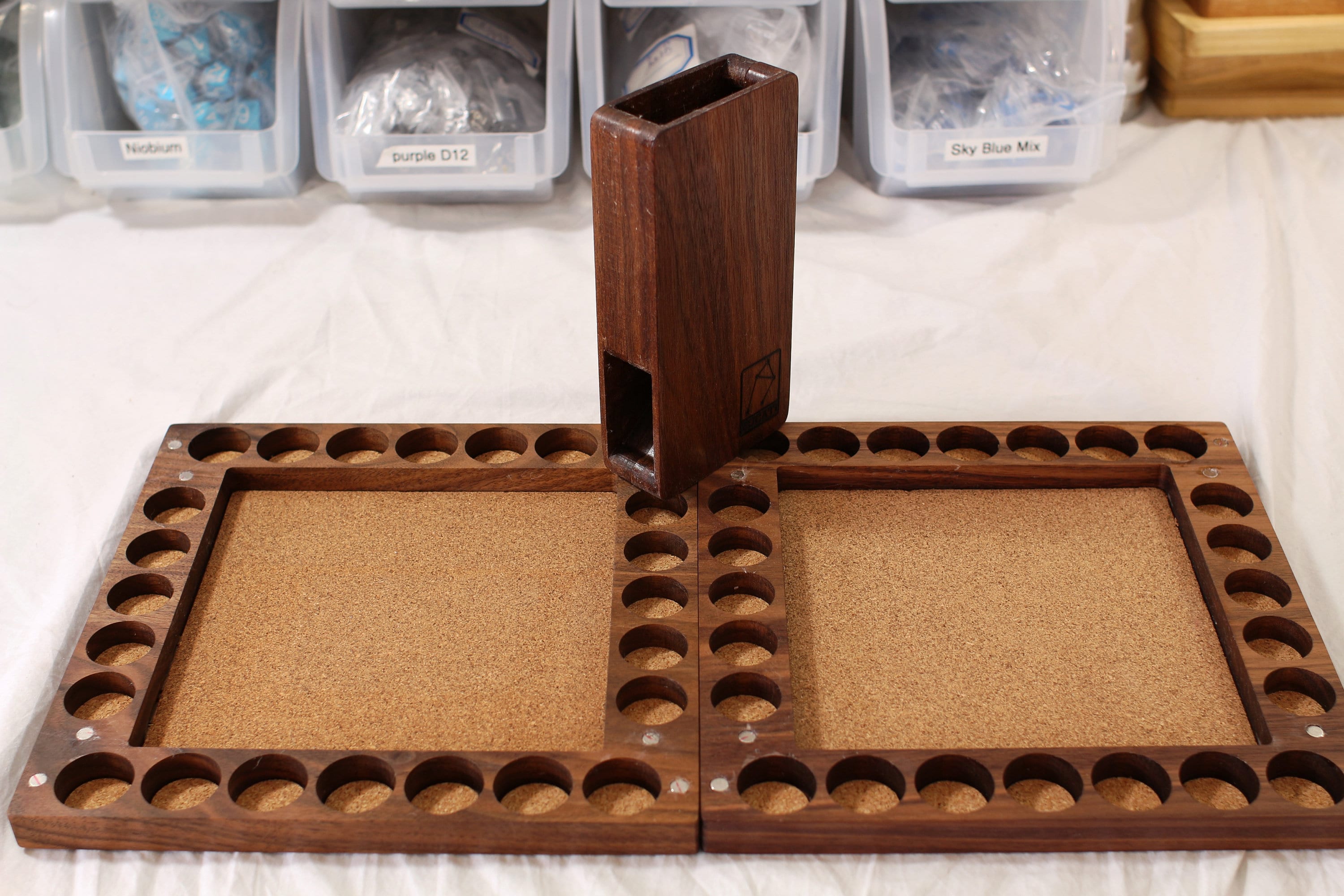 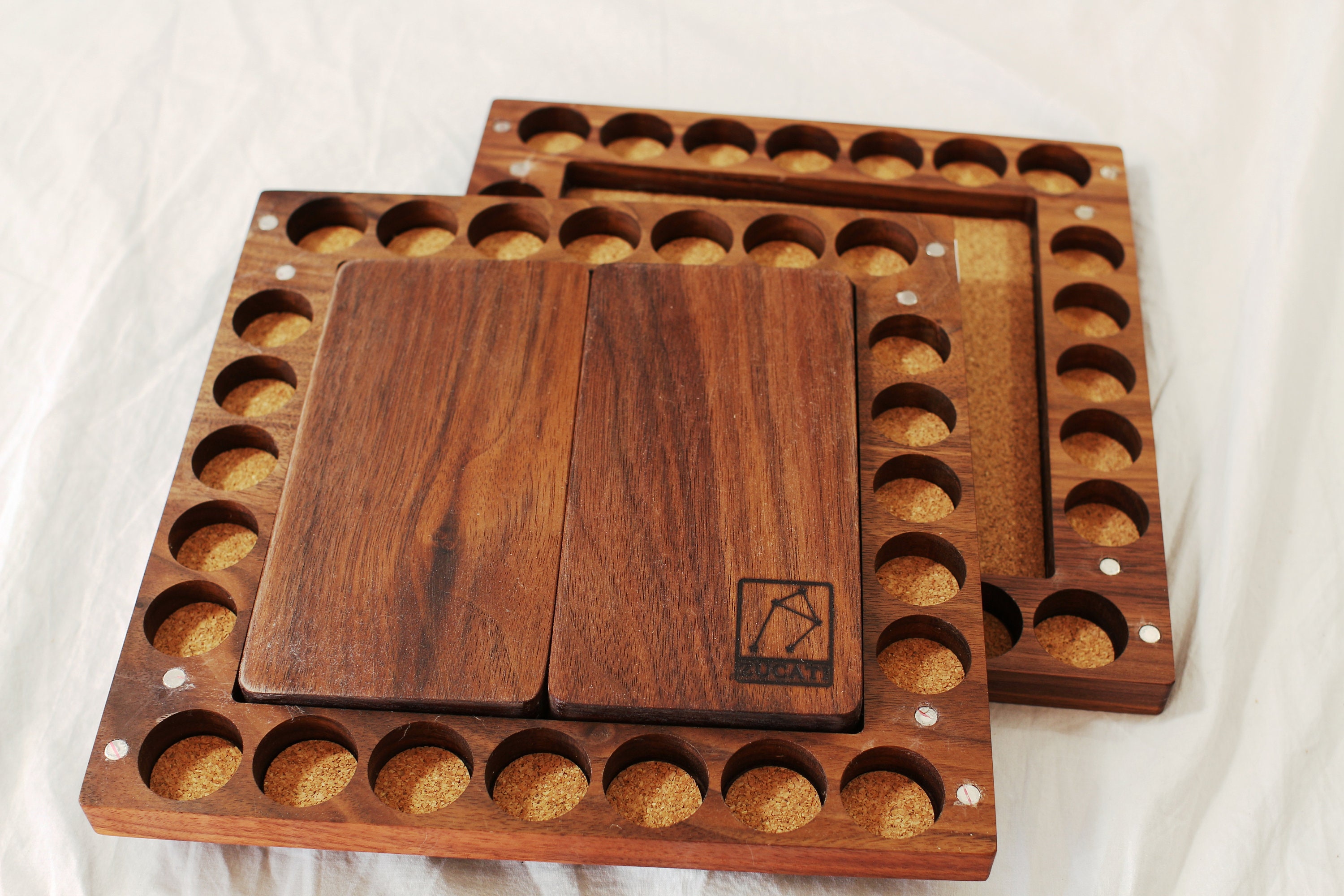 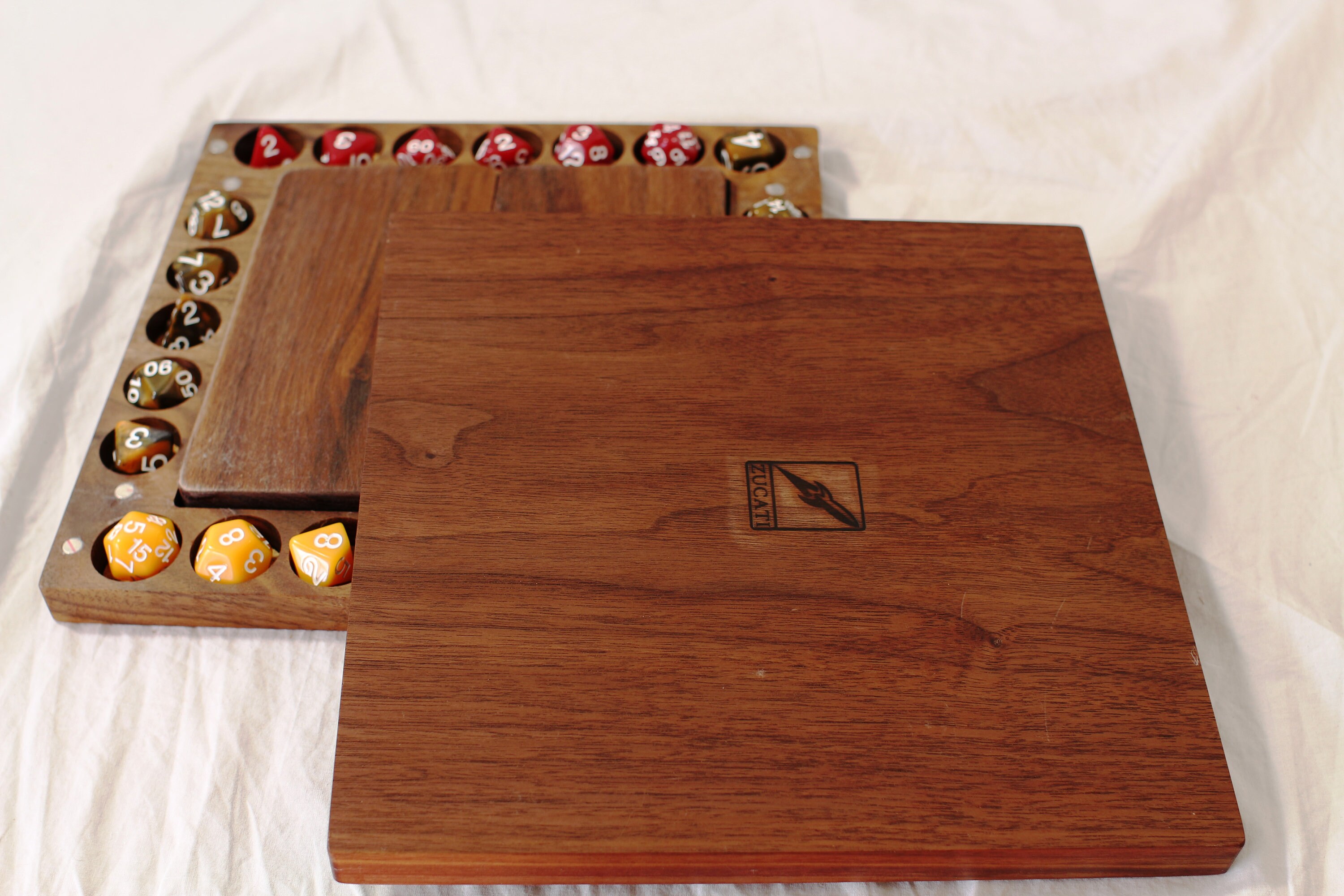 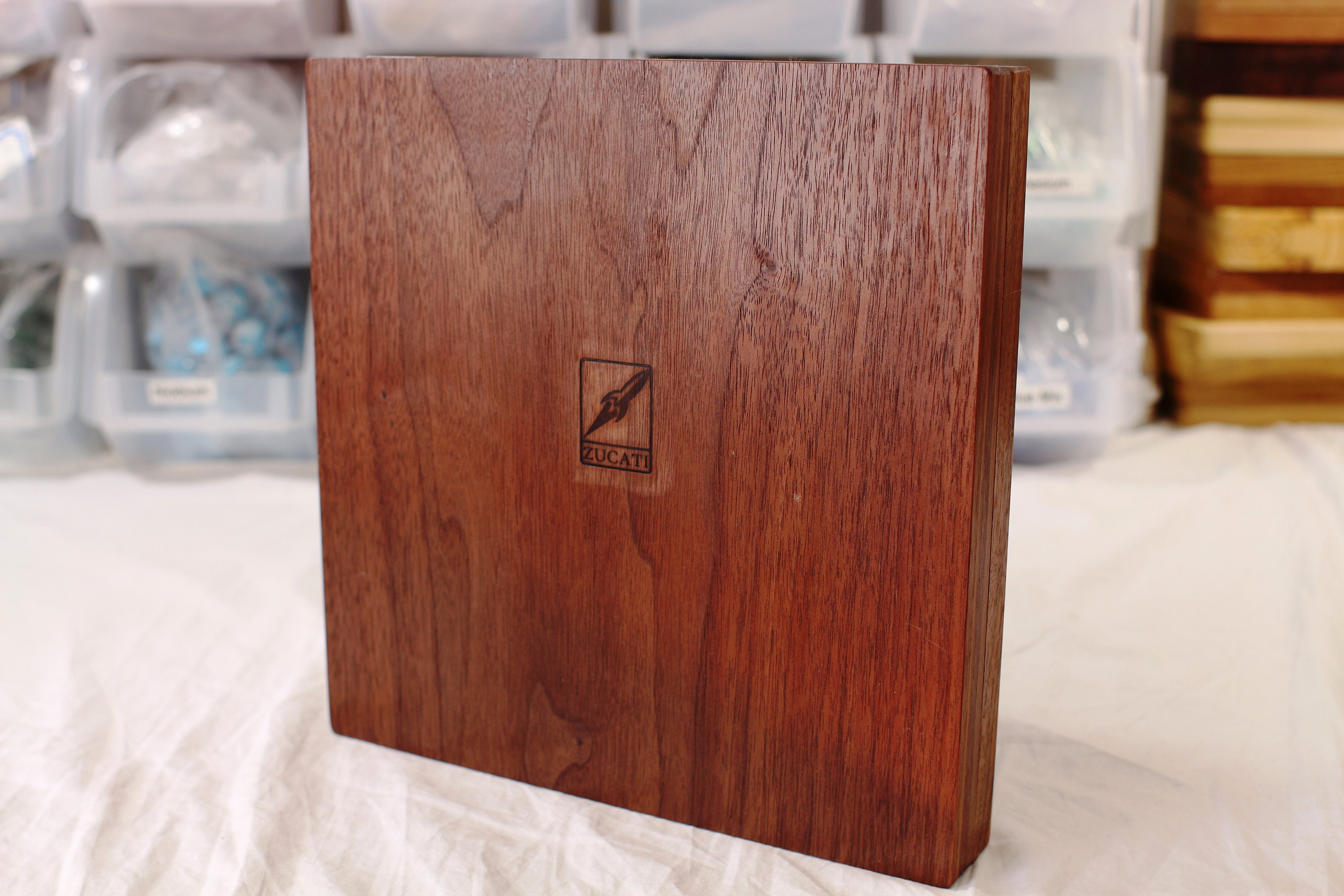 This deluxe version features a matched set of rolling trays with double the dice organization potential, or give one to a buddy to use, or stow underneath. Tons of options.
In addition to this super secure clam-shell storage and transport feature a full featured dice tower (FLUME 2 Compact) is included inside stored in the rolling surface cavity during storage and transport.

All the features of the Dice Base 2 dice tray along with the Flume 2 combined. Deluxe.